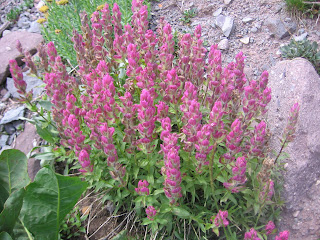 If you haven't checked it out yet, you may wish to cast your eyes to the solar system.  Specifically, Mars Science Lander, aka Curiosity, is about to reach mars (5 hours and counting!!!!).   It will reach the atmosphere at 11:31pm Mountain Time, so pretty late to stay up, but I can't miss it.  Once it's down, nothing too exciting will happen the first few days, except transmitting a few pictures.  Looks like we'll have to wait nearly a month before it begins vaporizing rocks with a nuclear powered laser beam. (how cool is *that*?)

Work has blazed by, with us completing the Long Term Post-Fire monitoring.  90 plots down!  The monsoons have kicked off a few fires in the Park and on Ute tribal land to our south.  We even discovered one on Park Mesa en route to our research plots.  The fire crew has jumped right on them, so they haven't been over a few acres. 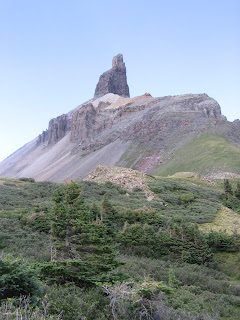 I've been meaning to post a farewell epitaph to Lonesome George, the famous Giant Tortoise that died a month ago.  With his death, we witnessed an entire species go extinct.  It's a great reminder to the work I do to preserve the habitats we have left.

We haven't done much the past few weekends because the thunderstorms have been chasing us around.  There were a few benchmarks we recovered (one required a bit of digging), saw a big wildfire blow-up near Durango's airport, and finally made a hike along the Cross-Mountain trail.  We had tried that hike last year, but was totally snowed out.  It was great to get to the base of Lizard Head and hike along the expanse of Black Face ridge.  The views were amazing and lots of wildflowers near Wilson's Meadow boosted my spirits.