A few days ago, the Kepler team announced the confirmation of 715 new planets from other solar systems, which is the largest number of planet discoveries ever announced and almost doubled the total in the Exosolar Planetary Catalogue.  This refinement served greatly to understand some census statistics for stars; how common are planets, are they usually in a group, and how massive are they. The telescope lost its ability to continue its original survey last year, so these planets were "discovered" by munching the existing data set.  However, Kepler will be given a new mission design called K2 since it can still find planets.

However, my title of my blog isn't about Kepler hopefully getting a second life to see more.  Instead, it is one of the more poignant quotes from a wonderful book I just read, Telling Our Way to the Sea. The book is written like field journal entries from an educational trip to the Sea of Cortez, and transitions between story telling and lecturing with such poetic ease that it is very enjoyable and thought provoking to read. 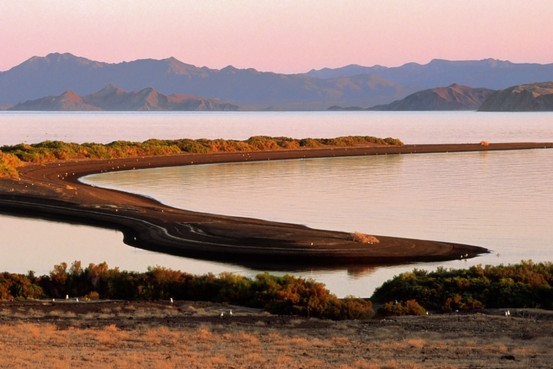 The title I use is from the last sentence of the chapter "Mobula lucasana / The End of Nature", as he reflects upon an amazing underwater encounter with devil rays:  We go in search of wilderness, and so it is wilderness we find.  We tell the story of our rediscovery of nature.  We compose suitable lyrical prose.  We send back photos...  ...These are our dispatches from the wilderness.  But when these photos are held up against images of the past, something is a bit off:  Our fish is rather smaller, or... rather an enormous squid.  That beach is hardly pristine.  In fact, before the oysters were removed, it was not a beach at all.  And that ray, it was 2.5 feet across, not 25.  I too am awestruck by the monstrous squid, lured by the beach, thrilled by the leaping ray.  But how can we reconcile our sincere wonderment with the recognition that what we are seeing is miserably dilapidated? ... What we must do, perhaps, is cultivate our craft of seeing more than one thing at a time.

His first chapter is about Learning to See, and he has a great quote from Thoreau,
"I take infinite pains to know all the phenomena of the spring, for instance, thinking that I have here the entire poem, and then, to my chagrin, I hear that it is but an imperfect copy that I possess and have read, that my ancestors have torn out many of the first leaves and grandest passages, and mutilated it in many places... I wish to know an entire heaven and an entire earth.”
― Henry David Thoreau, The Journal, 1837-1861

Part of what I hope to learn at school this year is to join Thoreau and Hirsch and many others in this quest to gather up these "ragged bits and scraps" that remain and try to glean what pages are lost from this epic, and hopefully paste some of it back together.  We live amid the wreckage, yet we hardly notice that something has changed.
In fact, he has set a litmus for me... for all of us.  Sea turtles have been around for over 100,000,000 years and counting.  The species are incredibly robust and global in distribution, and have survived many major extinction events.  Humans have pushed all species to the brink.  If we cannot save the sea turtles from extinction, it is an indicator that there really is not much we can save. "it is a stupefying but not unrealistic possibility that an entire bough of the tree of life -- on that diverges deep in the tree of life... may reach no higher than the next few decades."

I like the passage where he explains that when you flush a toilet in Denver, you are stressing the few remaining totoaba fishes left in the Sea of Cortez.  Yes, you're right in wondering how in the heck Denver's toilets impact flow on the other side of the continental divide.  That is just a tiny glimpse at our mighty reach and the cascade of impacts we have.  Any know where I can get a bumper sticker that reads "Integrate information on a vast geographic and historical scale; act as an extensive collective to formulate and apply policies on a scale commensurate with the problem."?

There book is full of many deep philosophical and ethical considerations to go along with the story telling.  But one last quote I wish to hold on to: "They were the eyes of a wild animal, wreathed though he was in our creeping domestication.  And now I do take him to be a sign... ...He is another reminder that... ... we are already out there in profound and unavoidable form; and that despite all that, there is something there that is other, something that is not our own reflection."

If I can hold on to that image, maybe I can finally read a book that's been on my shelf for many, many years... The End of Nature.