I should be busy with my research right now, but I have not been able to concentrate.  As you might guess, I cannot reconcile why my country has chosen such a symbol of intolerance and greed to be president.

For perspective, if I overheard a punk talking, even in a locker-room, about my niece using these words, “I moved on her like a bitch… when you’re a star you can do anything, whatever you want, grab em by the pussy”, I would warn them never to come near any of my family.  I’m a poor judge of character, so maybe if he was a smooth talker, he might convince me he was just joking.  Yet if I already knew he bullied kids at school, called girls that fought off his advance fat and ugly, paid kids to do his homework, and an exhaustive record of cheating others, the greasy sales pitch would only solidify my judgement.

Instead 49.9% of voters want the same creep I wouldn’t let near my niece to be the most powerful
person on the planet.  The most cited reason for his support is the need to “shake things up”, and that this whiny playboy’s bullying tactics are just “clearing the air”.  The idea that a game show host style brashness and a savvy for luxury real-estate qualifies as leadership, while ignoring fundamental character flaws is why the only newspaper in the country to endorse him goes by the moniker “Sin City”.  It is difficult to believe that even deeply conservative newspapers have such a bias that they cannot see the virtue in such a shallow character.

I do not understand the willingness to disregard those warnings and the moral ambiguity to dismiss the hateful rhetoric as “locker-talk” or “keeping it real”.  I can only question the lapse of judgement that brought us to this moment, and it leaves me with a sense lasting distrust.  Of all the campaigns I’ve experienced, this one reached new lows in the treatment and respect we have for each other.  The wound is raw and I fear it’s infected. 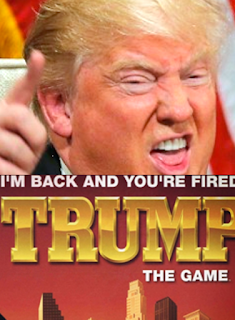 Aside from the obvious and well-founded concerns most people around the world have about the character of our playboy president-elect, the personal pain for me goes beyond this.  The 100 day fast-track plan has many items that are deeply concerning to me, but #2 on the list affects my own dreams directly - to work for the National Park Service.  The only new federal jobs over the next 4 years will be for the military and attrition will shrink all other departments.

At my house, I leave the chimney uncapped.  This allows the migrating chimney swifts to raise their family there each spring.  They circle our house each morning and evening and their bright calls can drown out the din of the city.  That such a tiny bird can migrate each year to Argentina and somehow know how to navigate across the ever-increasing sprawl of urban and agriculture is amazing to me.  Unfortunately, they do not earn income or pay taxes, therefore they have no perceived value in Trump’s plan (despite the fact he also does not pay taxes).   Maybe one of the fledglings this year ate a mosquito that could’ve trigged a Zika outbreak near my home and saved many lives.  Maybe it didn’t.  It does not matter to men who value gold-plated toilets in luxury hotels.

Our wildlife refuges, forests, parks and other natural areas are already being attacked, exploited, and sold.  Agencies needed to protect both our health and the economy will shrink drastically, and science needed to monitor them will be cancelled.  Our own health and security is at risk, as agencies such as the EPA that track lead and mercury in our water supplies will be abolished, and other agencies that interfere with profits, such as the SEC, will be sharply curtailed.

There are many more grave concerns in just the first 100 day plan, so I will spend the next few months writing about some of them with a constructive perspective.  Yet I feel so sad that nearly half of my country is only concerned about short term gains regardless of long term consequences to our economy, health, and God’s creation that we selfishly exploit.

If my soul had a vagina, I feel like it was just grabbed it with cold, greasy fingers and half of my country cheered as the light in me faded.
Posted by Mangrove Tom at 12:47 PM