Is There an App For That?

“Thousands of tired, nerve-shaken, over-civilized people are beginning to find out going to the mountains is going home; that wilderness is a necessity...” ― John Muir 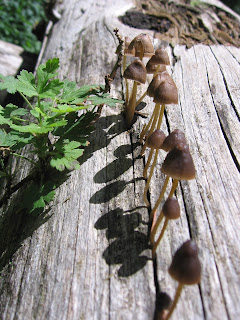 There has been lots of research and philosophizing on why the Great Outdoors is good for you.  I recently gave a few cheap shots at my relatives for being a little too jacked into the Matrix, and then stumbled across this article on how sunshine resets your internal clock (while doing a little web browsing for potential grad skool - how's that for irony?).  Alas, my own plans at getting my nieces and nephew a taste of the Rockies and the Canyons of the Ancients mostly fell flat, but it was in part to a family reunion of sorts, but also of the technical distractions that I know (and love, and loathe) so well.

Sometimes I would like to have a cheap smart phone, since there are some interesting tools available, such as flora guides, birds, mammals, stars, and rocks.  I watched in envy as my fire crew boss pulled up the latest weather radar along with a map of the latest lightning strikes in the area, information than can be handy.  However, access to real-time data is fairly limited in these blissfully remote places I like to work and visit, so the temptation to enter the 21st century has not forced me to cough up hundreds of dollars for the latest gadget... so far.

The summer is now winding down, with the alpine areas already having their first snow of the season.  Some of the hardier wildflowers like the gentian, castelia, arnica, and penstemon still have blooms, but the show is mostly over.  Some of the service-berry bushes are already turning yellow at Mesa Verde, and the humming birds and night-hawks are beginning their migrations.

The visit from family was great, since it's rare to get the bro's together in the same place anymore.  My bro scored me a free ticked to the Clockwork Angels tour, which was awesome.  We made quick visits together to see Cascade Falls in Ouray, the ghost towns of Ironton and Howardsville, and Scotch Creek near Rico.  As always, time flew way too fast and we all went back to our respective hobbit holes. 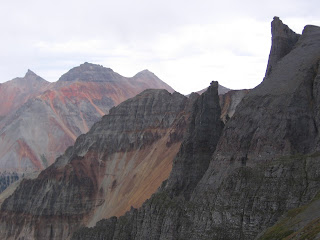 I also managed a quick visit to George and Pumpkin, along with a short hike along the Navajo Lake trail to see the old Dipper Nest.  Just yesterday, I dodged a few storms to ascend Sheep Mountain and watch a juvenile Bald Eagle shake off some haunting ravens on the ridges below me.  The monsoons have been good this year, quenching the West Fork Complex and giving rise to another fascinating fungal bloom in the woodlands.

Soon autumn will return and with it all the changes that come with the season, both to the wilderness and to my own circumstances. 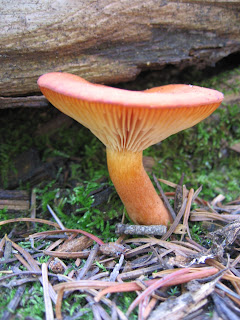 In the rise and the set of the sun
To the stars goes spinning
Spinning 'round the night
Oh it is what it is and forever
Each moment of memory aflight
The arrow flies while you dream
The hours tick away
The cells tick away
- G. Lee
Posted by Mangrove Tom at 6:53 PM