Mesa Verde and the Monsoons 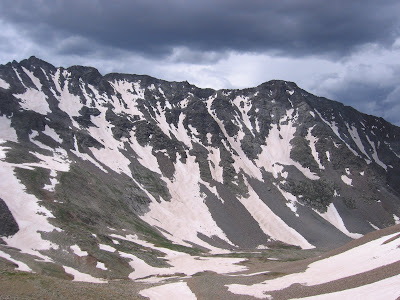 It's midsummer, and that means "monsoon" rains in the southern rockies. They are welcome for the rain they bring to keep the flowers and grasses growing, but they also are needed for keeping the heat down. The anasazi stylized the thunderhead clouds that is represented in many of their pottery and kiva paintings, so it's keeping the faith in the four-corners to appreciate them... even when it cancels your hiking plans.

Most of the storms are isolated and fast moving, just enough to make you run for cover and dampen the ground, but every now and then the mountains seem to grab hold of the clouds and not let go. In mid July, we had a storm at Mesa 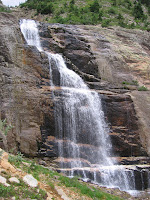 Verde where they recorded 1,850 ground strikes in a few hours. The bolts started a dozen small fires, and the sharp lookouts had spotted most of them. The following day the fire crews worked at full tilt, sending crews out to each blaze and using a helicopter to assist in finding new fires. Low winds and high humidity made it easy to snuff them out.

Despite the bad weather, we have been getting stuff done. We completed some surveys of the Schmoll's milkvetch (Astragalus schmolliae) along a portion of Chapin mesa, hiking past a ruined watchtower and cliff dwellings. We released a few more batches of Trichosirocalus horridus to feast upon the musk thistle. Long term monitoring plots of the burn areas are also being established; so far we've completed 25 of 100 that need to be done for sampling. 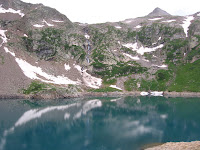 The weather also gave us enough breaks to go climb Wilson Peak and hike along Hope Lake. The wildflowers are going full bore in the alpine areas, where most of the snow is now gone. Elephant's Head, Castilleja rhexifolia, Monk's Hood, Delphinium, Bistort, Columbines, and many others are all blooming. Pikas scamper along the rock slides, harvesting grasses and drying them in little cute haystacks before storing them in their burrows for the long winter. Snow still persists along the north faces and other areas protected from the sun, but it is melting fast.
Posted by Mangrove Tom at 1:48 PM